You are here: Home / Residential and Miscellaneous Projects / Surf Club hotel and Residence 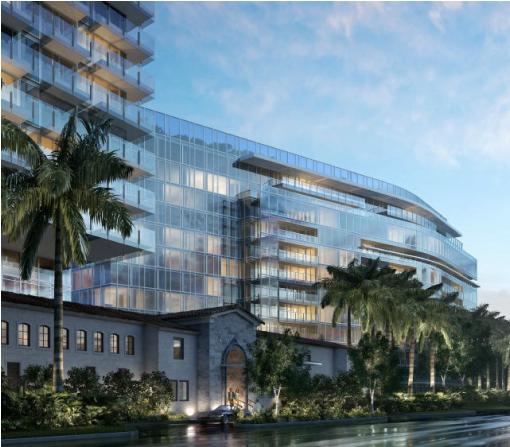 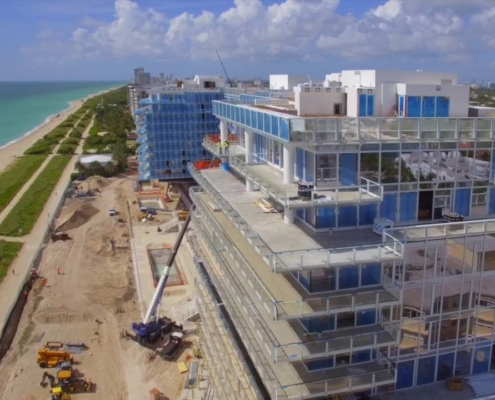 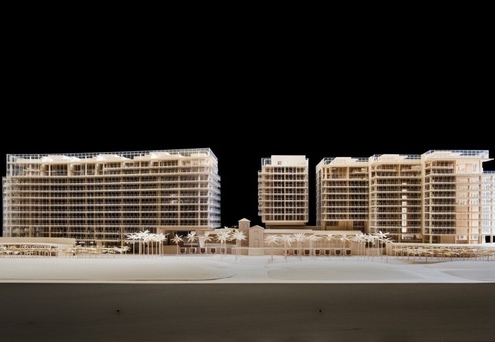 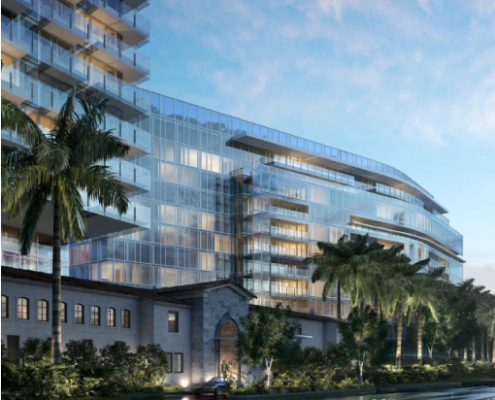 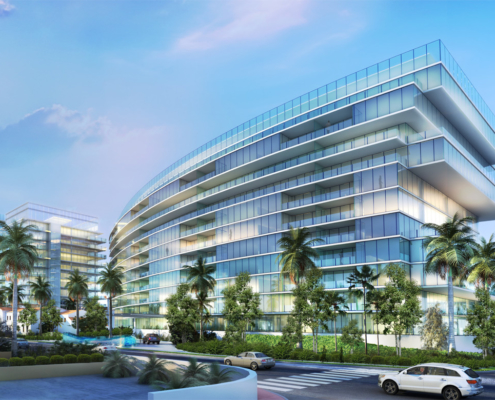 Four Season Surf Club Hotel and Residence is designed by Richard Meyer on the famous surf club Miami site. The project is consisted of 4 buildings ranging from 10 to 12 floors with more than 2 million square feet of concrete construction. Two of the four buildings are dedicated to the four-season hotel and the other two buildings are designed as private luxury residences.

The gravity system for this project is consisted of 8” concrete flat plate post tensioned slabs and concrete columns, for connection of columns to the slab, shear stud rails are used. The gravity columns are supported on 80 to 100 feet friction piles to transfer the gravity loads to deeper layers of soil. Due to preservation of the historical building located on the site, one of the towers is utilizing 6 feet thick, 50 feet long cantilever post tensioned slab to transfer the 9 stories above gravity load to a single super concrete column. This transfer slab known as Sky Mat is a design build element in the project and is designed and constructed by VSL and Structural Technologies.

For the lateral system, 36-inch-thick concrete core wall system in combination with shear walls are used to maintain the occupants comfort level for the reason of high wind force of Miami Beach area which could reach up to 180 mph during hurricane. The core walls and shear walls are supported on the 6 to 8 feet mat foundation. Because of high level of ground water and proximity of the building to the beach and low load bearing capacity of the soil, the mat foundation is attached to the groups of friction piles which transfer the gravity and lateral loads from the mat foundation to the deeper layers of soil.

Gravity design of the structure:

The gravity design of the mid-rise structure was a challenge of this project. With very long span and thin slabs which was utilized to reduce the weight of the structure, the slab systems were designed the mixed of post tensioned reinforcing which is a very specialized knowledge in structural engineering. Post tensioned slabs were designed to carry the loads and transfer them to the columns and core walls. Also columns needed to be designed to carry thousand kips of loads and transfer them to the pile foundation. Due to many special conditions existed for this project and architectural challenges enforced by the globally wellknown architect “Richard Mayer” and also intent of preservation of the historical portion of the surf club which was located exactly beneath the midrise, with the aid of companies “VSL” and “Structural” , a sky mat carrying the weight of the building and transferring its force to the pile foundation were designed. With the help of skymat, the owner was able to preserve the historic building where the new addition had to be built up and around the existing structure. The two sky mats were 72” thick concrete slabs with a 50 feet long cantilever to support the new addition of the 9 story residential building. The 7,500 sq ft B1 sky mat required over 190,000 lbs. of post-tensioning.

Due to the size of the project and condition of the soil the design of foundation for this project was extremely challenging. The foundation was designed for this project, the resulting extreme wind in Florida hurricane area and gravity load were measured and applied to the foundation system. Due to low load bearing capacity of the soil near the Ocean Miami and type and texture of soil, Deep foundation was suggested for this project. Hundreds of deep piles were designed to sustain the loads from the mid-rise building and carry the loads to 80 feet below the surface. This would ensure the safety of the building during the hurricane season in Florida where wind load speed could exceed 180 miles per hour and apply huge pressure on the building. Foundation were designed to resist the overturning load resulting from the hurricane in addition to heavy gravity loads.